Say what? People steal things from hotels? Yes, all the time! Don’t pretend to act so innocent. I’m sure you’ve taken an extra sumtin-sumthin once or twice. I’ll admit (and my ex-boyfriend would totally call me out on this too) that I have taken towels and extra fruit from the breakfast buffet, so don’t feel so bad! Hotels don’t really do a particularly good job at stopping people from stealing their property. If my stuff was getting stolen that much I’d have to get a home security camera or something installed (not saying I’m not thankful for the leniency of the hotel industry!) Perhaps after reading this, more hotels will consider investing in one of the best hotel POS systems on the market. With a good POS system, hotels can monitor CCTV and can also manage their stock inventory. That way, they’ll be able to see if guests stealing is having an impact on their business! Some hotels and businesses may even want to use asset barcode labels on some of the more expensive items like televisions and coffee machines so that they’re easier to track and identify as company property.

Things Hotels Want You to Take

But before discussing all the unusual things people have stolen from hotels, we should first address that there are actually things hotels WANT you to take home with you. It’s true! These are the usual favorites, like slippers, toiletries, stationery, and pens. It’s OK, you can admit to taking these. The general rule of thumb is: if it cannot be reused, it can be taken.
Then, of course, there are the usual things that people steal from hotels. You can admit to these too, as I think it’s highly likely we have all taken one or several of these. Things like bathrobes, towels, sheets, Do Not Disturb Signs, batteries, and salt and pepper shakers, are all pretty commonplace. As common as they are, they are so odd to me!

But then it gets really weird, really quick. Guests have been known to steal things like toilet paper as well as silverware, plates, mugs, and glasses from room service. Those are strange, but it gets more bizarre. Guests have taken accent trays off of tables in the guest hallways, removed pillows from the sofas in the lobby (this happens more often than you’d expect), and someone even tried to steal a ceramic statue from the front doors of the lobby! That person didn’t get very far as it was rather heavy and they ended up dropping it and running off to avoid getting caught.
But the strangest story of all was finding out that someone had come in and stolen a computer, a whole computer from our hotel’s business center! How they got that out the front door without anyone noticing is baffling. Apparently, they took an empty suitcase into the business center and placed the computer in the suitcase and rolled off… in plain sight! Hotels, just like other businesses, need security systems installing into their buildings to ensure this sort of thing stops. With a good security alarm, like the Verisure Alarm System for example, hotels can look to reduce the amount of goods that are being stolen from them regularly. Hotels need to be more secure, they can’t keep loosing stock like this.
Ok, that’s our game of Hotel Truth or Dare! Share the most random thing you’ve taken from a hotel room in the comments below!
Facebook Twitter Pinterest
Google + LinkedIn Email 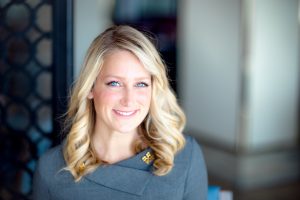 How often have you been on vacation, only to come

Something to cheers about... I’ve fallen in lo

Würzburg, Germany 🇩🇪 If you haven’t been,

A visit to Erfurt, Germany… 🇩🇪 is like ste

Mirror mirror on the wall, where’s the fairest p

Show me you’re in love with paradise without tel

Never ever ever will I take for granted the amazin

WHAT A WEEK! Just back from visiting the @nickreso

Error type: "Forbidden". Error message: "The request cannot be completed because you have exceeded your quota." Domain: "youtube.quota". Reason: "quotaExceeded".

Did you added your own Google API key? Look at the help.

Check in YouTube if the id UCZ3kzP_aKzz5zkOzoQk8XLw belongs to a channelid. Check the FAQ of the plugin or send error messages to support.

Preparing for the ‘Next Normal:’ How SGS is Enhancing Cleaning Protocols in the Travel Industry